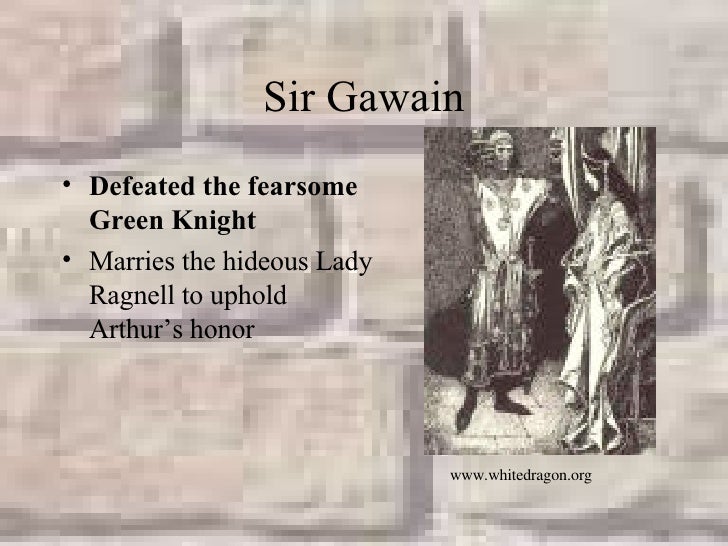 I have already mentioned that Geoffrey of Monmouth had told of Merlin's incredible birth in Historia regum Britanniae c. Geoffrey doesn't actually go into great detail on the account about Merlin's birth, but Merlin had appeared as boy when Vortigern tried to build his castle in Wales, but the walls would always collapse the next day.

See House of Constantine about Merlin and Vortigern. Geoffrey's episode was not very detailed.

So it rest on other writers to flesh out his legendary birth. Layamon added a little bit of detail to his birth. Perhaps the most detailed account can be found in the Prose Merlin c. The story had changed to account for the wizard's role in the Grail legend.

The wizard was also a prophet who knows of the past and present, as well of the future. I like to apologise for telling of Merlin's birth, here rather than at the beginning of this page.

I thought it would be best to tell this account here, in relation to his involvement with the Grail, in the next two articles. The tale actually began with a rich man, who lost his family and wealth, because he was tormented by the devil, demon or incubus.

This part of the tale, sort resembled the Biblical Book of Job, except it wasn't so much as test, as the devil's determination to destroy every soul in this family. This man had a large, rich land, a wife, a son and three daughters. To keep it brief, the devil first destroyed his livestock and cattle, which had greatly distressed the man.

Then the demon strangled his son in bed. His son's death caused great sorrow in the household that with prompting from the demon the man's wife hanged herself. Struck by this double tragedy, the devastated man never recovered from his melancholy, fallen ill and died. The demon wasn't satisfied, so he turned his attention on to the man's three daughters.

The middle child was the first to succumb to temptation. She was caught committing adultery with a squire, and was buried alive for her sin. 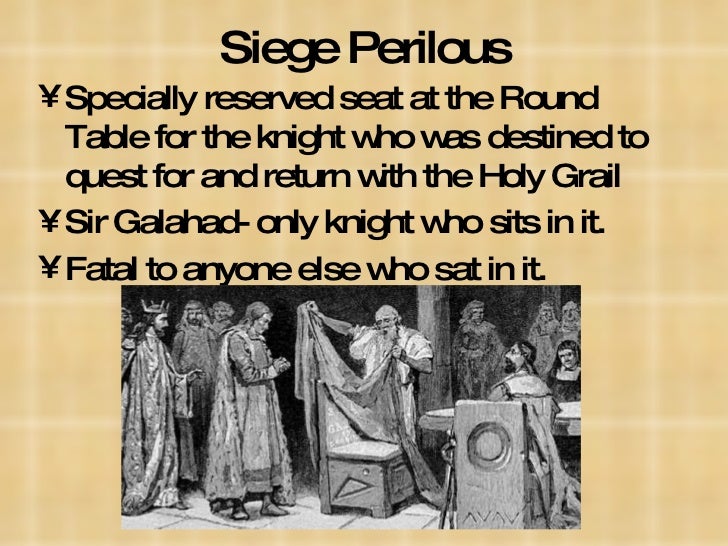 The surviving two daughters sought help from a priest, who was a confessor and a clerk, named Blaise also called Bleheris or Bleise in Thomas Malory's Morte d'Arthur, The good priest suspected that the family had been tempted by the devil, so he tried to counsel the two sisters to lead on the right path to God's salvation, through prayers and penances, and by avoiding sins.

At first, the demon's plan to destroy the rest of the family was disrupted by the priest, but the demon could not be denied. With cunning, the devil sent a woman to lure the youngest sister to sin and damnation. The woman advised the sister it would be wrong to lead a life without a man and sex.

But the younger sister's fear of sharing the fate of her older sister who had committed adultery. The older woman told the maiden that to avoid punishment of the law, the sister should take on many lovers, by becoming a whore. So the youngest sister sold her soul to the devil, when she started sleeping with every man in town.

When the oldest sister found out what had happened to her younger sibling, she was distressed and fearful that she would also fall into temptation. So she sought help from the good priest again.

The priest was amazed at the news of the younger sister's debauchery. So the priest advised the young woman that she must avoid sin and believe in God, Jesus Christ and Holy Spirit. She must pray each evening, and cross herself before going to bed. Blaise warned the girl to avoid anger or wrath, which was the easiest sin to fall into.

So the young woman lived a life of prayers and chastity. Frustrating the demon's plan for another two years. So the demon cleverly sent the woman's younger sister with her lovers to her house. The woman tried to get her sinful to leave her home, but she refused. The young woman became upset with her sister's sinful behaviour, and became increasingly angry that she soon forgot Blaise's wise warning to avoid wrath.

Her sister's lovers started beating her, until she managed to escape. The woman fled to her room, and locked herself in from her sister's and her sister's lovers.Over subsequent centuries, the Holy Grail grew into the entire raison d'etre of the entire Arthurian Court, when originally the Grail Quest was so singularly dangerous that there was a special chair at the Round Table reserved for those who dared attempt it, called the Siege Perilous.

By giving the knights a single sacred focus rather than. Caught in that sensual music all neglect Monuments of unageing intellect. William Butler Yeats(), "Sailing to Byzantium". Romecasts a long shadow.I am writing in the Latin alphabet.

I am using the Roman calendar, with its names of the months. Arthurian legend, the body of stories and medieval romances, known as the matter of Britain, centring on the legendary king Arthur.

Medieval writers, especially the French, variously treated stories of Arthur’s birth, the adventures of his knights, and the adulterous love between his knight Sir Lancelot and his queen, Guinevere. 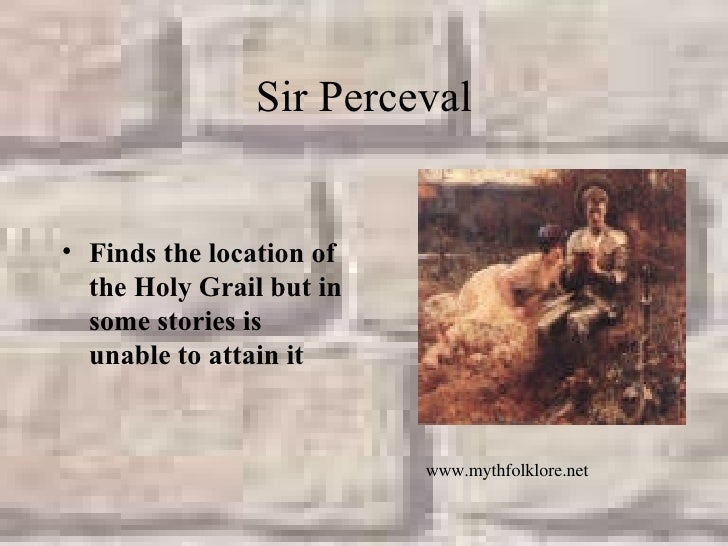 This Templar Grail Quest takes you on an investigation of the links between the Knights Templar and the Holy Grail. We look at all the claims and clues! the so-called Siege (from the French for seat) Perilous.

As the legend evolved and the tales of the Grail became more firmly rooted in the Arthurian legend (in the 13thth century), there was only one seat left vacate, that was the seat that no other knights could sit upon: the "Siege Perilous". The Matter of Britain is the body of Medieval literature and legendary material associated with Great Britain, and sometimes Brittany, and the legendary kings and heroes associated with it, particularly King webkandii.com was one of the three great story cycles recalled repeatedly in medieval literature, together with the Matter of France, which concerned the legends of Charlemagne, and the Matter. Arthurian Legends- Questions for Exam. STUDY. PLAY. What historian was the first to mention Arthur? Why are the three knights known as the Grail Knights? When King Arthur lays siege to Lancelot's castle Joyous Gard, what knight unhorses Arthur? Sir Bors.

Because if you sat in it, you normally died. we should stick to the story of the Knights Templar as recorded at. The Holy Grail The Tradition: The Holy Grail was a vessel used by Christ at the Last Supper. Given to his grand-uncle, St. Joseph of Arimathea, it was used by him to collect Christ's blood and sweat while Joseph tended him on the Cross.

The story of the Grail is like the myth of Jesus: From an interesting person, believed to have resurrected, he grew into the son of god, to the child of a virgin birth, its father the Holy Spirit. One aspect of the Grail mythology is the addition of the “Grail castle” to the original mythology.

Lectures - Perillos: The Grail Castle? - Eye Of The Psychic