Four years later, American aid workers found him at an orphanage in Antoura, Lebanon. He was among nearly 1, Armenian and Kurdish children who had been abandoned by the Turkish administrators, left to survive at the orphanage without adult care. This memoir offers the extraordinary story of what he endured in those years—as his people were deported from their Armenian community, as his family died in a refugee camp in the deserts of Syria, as he survived hunger and mistreatment in the orphanage. The Antoura orphanage was another project of the Armenian genocide: He is often noted for his intervention and confrontation with Enver Pasha before the latter's support of initiating the deportations and subsequent massacres. They are the greatest stain that has ever disgraced our nation and race.

They were entirely the work of Talat and Enver. I heard some days before they began that they were intended. I went to Istanbul and insisted on seeing Enver. I asked him if it was true that they intended to recommence the massacres which had been our shame and disgrace under Abdul Hamid.

The only reply I could get from him was: It is the program. The rumor was that they hurried out in order to drive forward the extermination of the Armenian people with all their might, and they had the sanction of the highest state authority for doing so. They ordered on this basis, scarcely the moment they arrived in Urfa, the killing of all gathered prisoners.

Ever since, I have come to deeply believe that all barbaric schemes to destroy the Armenian people will always be destined to fail. Isn't this the same people who just a couple of years ago [—] had been subjected to horrible massacres?

Their villages razed, plundered, and tens of thousands massacred? And yet, this very people, with resolute faith in God, continue to remain hopeful that better days are yet to come and that they will be more felicitous.

God dispatched me to such a people so that I can attend to their wounds as their true brother. The Turks have by no means relinquished their intention to exterminate the Armenians [ihre Absicht They merely changed their tactic.

Wherever possible, the Armenians are being aroused, provoked in the hope of thereby securing a pretext for new assaults on them. Report of the American Military Mission to Armenia, [92] which was a summary of the expedition that provided various details of the mission.

The report includes maps, statistics, and a historical analyses of the country and its population. In addition to such details, Harbord collected evidence and information regarding the massacres of Armenians and was an eyewitness to them.

Driven on foot under a hot sun, robbed of their clothing and such petty articles as they carried, prodded by bayonets if they lagged, starvation, typhus, and dysentery left thousands dead by the trail side.

The official reports of the Turkish Government show 1, as having been deported. Young men were first summoned to the government building in each village and then marched out and killed. The women, the old men, and children were, after a few days, deported to what Talat Pasha called "agricultural colonies," from the high, cool, breeze-swept plateau of Armenia to the malarial flats of the Euphrates and the burning sands of Syria and Arabia Mutilation, violation, torture, and death have left their haunting memories in a hundred beautiful Armenian valleys, and the traveler in that region is seldom free from the evidence of this most colossal crime of all ages. 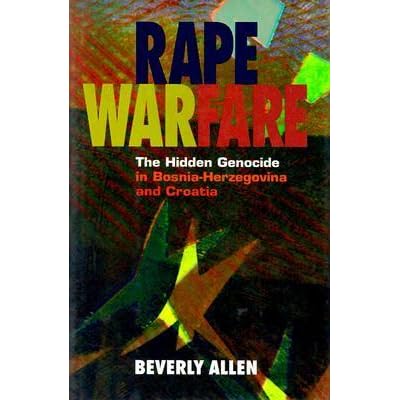 But we have to guard ourselves even against those who may one day become guilty.USC Shoah Foundation’s Visual History Archive includes Armenian Genocide testimonies of Armenian Film Foundation (AFF) and the Richard G.

Hovannisian Armenian Genocide Oral History Collections. the early stage of the Armenian Genocide (spring-summer ) in many areas. The first is that although one reads in memoirs and accounts of. The oral testimony of UMUTESI Clarisse, a survivor of the Genocide Against the Tutsi,recorded by the Kigali Genocide Memorial in Kigali, Rwanda.

The testimony discusses early memories of childhood and family, discrimination and persecution of Tutsis before Genocide, the worst atrocities during Genocide, suffering and witnessing . The author describes the dilemmas of teaching about rape-as-genocide, focusing on Rwanda, Darfur, and Congo.

Jan 01,  · The Translator is a suspenseful, harrowing, and deeply moving memoir of how one person has made a difference in the world, an on-the-ground account of one of the biggest stories of our time: the brutal genocide under way in Darfur.5/5(5). Genocide Memoirs and Human Rights Witnesses. Download. Genocide yet again: Scenes of Rwanda and Ethical Witness in the Human Rights Memoir SIMONE GIGLIOTTI Victoria University of Wellington This article investigates three recent human rights memoirs that chronicle the Rwandan genocide of Emergency Sex (and other . The oral testimony of UMUTESI Clarisse, a survivor of the Genocide Against the Tutsi,recorded by the Kigali Genocide Memorial in Kigali, Rwanda. The testimony discusses early memories of childhood and family, discrimination and persecution of Tutsis before Genocide, the worst atrocities during Genocide, suffering and witnessing .

While theoretically and methodologically sophisticated academic writings are a crucial part of the pedagogical approach described here, the author's focus is on the dilemmas associated with using testimonials and memoirs, documentaries, and commentaries.

Explore the links on this page to learn more about individuals and their experiences during the Holocaust.

Personal Histories. Orphans of the Genocide is an emotional visual journey through never-before-seen archival footage and discovered memoirs of orphans who lived through the last century’s first, fully documented and least recognized Armenian Genocide of of testimonials and memoirs, documentaries, and commentaries.

In this vein, Allison Reid-Cunningham’s () ‘‘Rape as a Weapon of Genocide’’ offers an invaluable introduction, including a brief history of sexual violence and.

Goodbye, Antoura: A Memoir of the Armenian Genocide | Karnig Panian